On my last trip to San Francisco this year I visited the California Academy of Sciences where i was immediately fascinated by a tiny robot called Ozobot. Ozobot looks amazingly cute and is able to perform a lot of magic that ultimately teaches your kids how to program by using a visual programming language thats similar to MIT Scratch. Ozobot moves along a black line and reacts on color codes that tell the bot to either turn, move faster or slower or to change the color of its led. Even if your kids are not programming so far its fun to paint mazes where the little friend moves around. Ozobot’s primary sensor is the color scanner that allows the bot to follow the black line and to read color codes in order to control its movements. Another amazing feature I found our recently is the possibility to program the little robots movements by using a visual block language called Ozobot Bit Blockly. Simply program your own Ozobot program online and transfer the program visually onto your bot without any cable involved. Its super cool to see how the bot receives its new program by just sending color codes to its scanner. Ozobot is clearly one of the most innovative teaching robots available right now, because its super simple to use and it looks so cute. 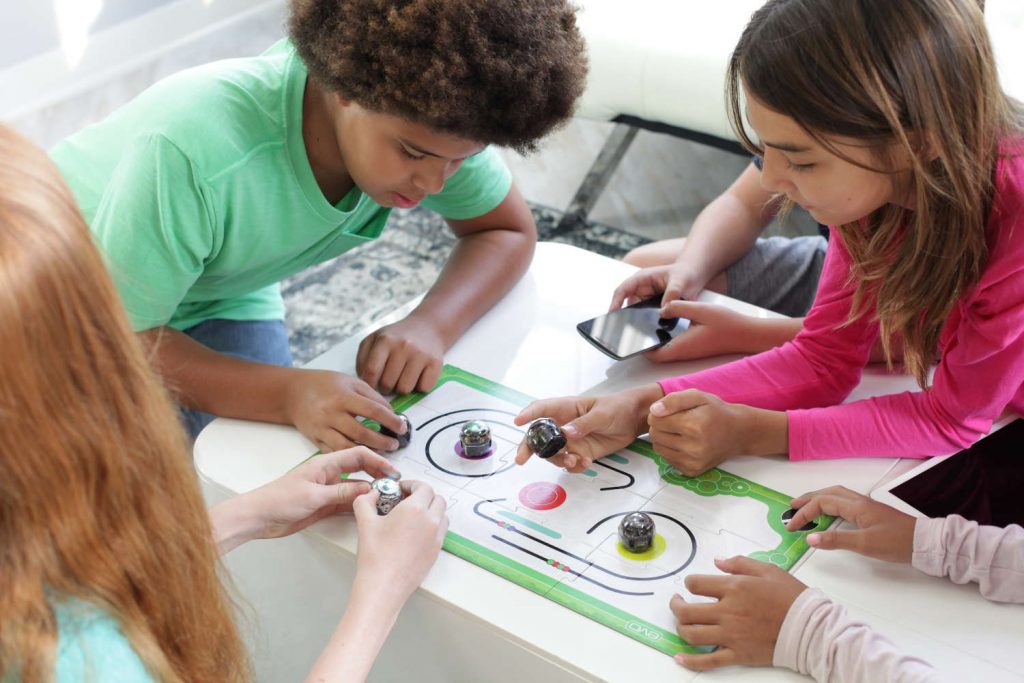 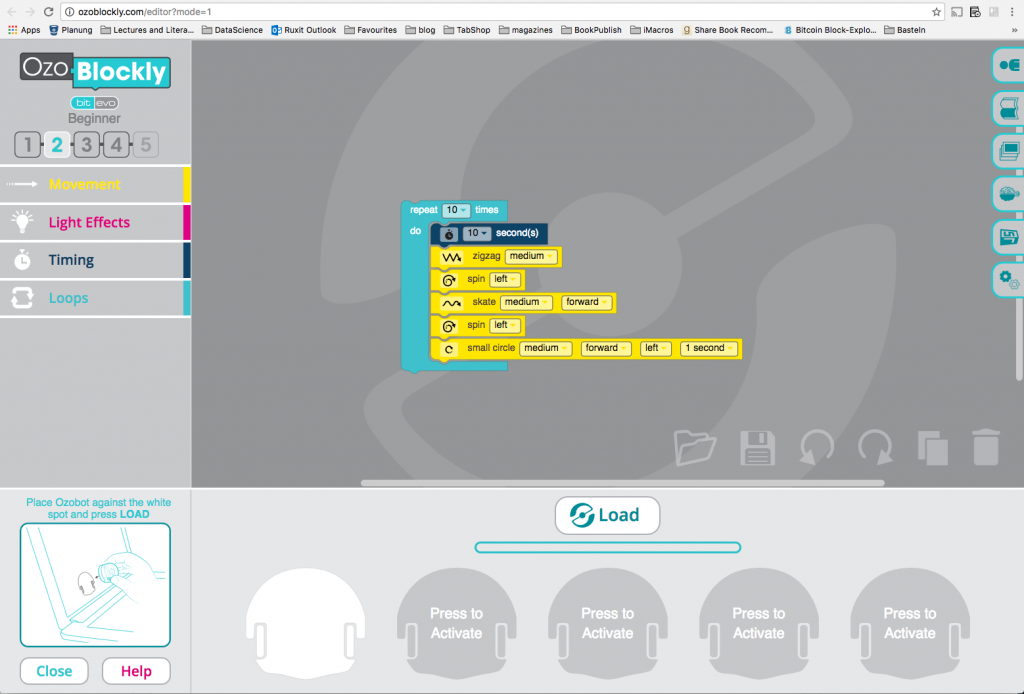