After the Leap Motion Sensor was first mentioned in summer 2012, Leap Motion announces that the first round of 10000 free motion sensors start to ship to the developers within the next days. The Leap 3D Motion sensor system is capable of tracking ten fingers in realtime. Leap Motion claims that their 3D Motion Sensor is 200 times more accurate than existing technology. The idea for this technology was invented during a Phd work in mathematics from UNC and while studying in fluid mechanics. After four years of research and many iterations of hardware, the Leap was finally finished. The Leap is an optical system that tracks your fingers with infrared LEDs and cameras in a way unlike any other motion control tech. 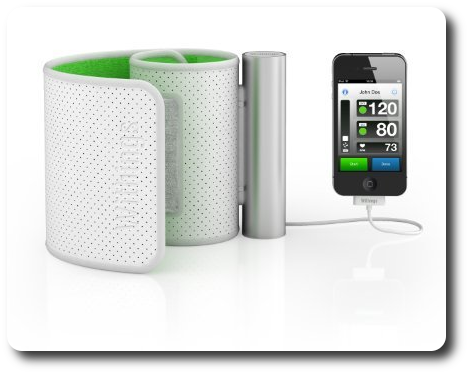 The Withings Blood Pressure monitor is one of the first products that measures and monitors your blood pressure over time, by using your iPhone, iPad or iPod Touch as sensor data hub. The blood pressure iPhone app gives you a good tracking overview by additionally showing you recommended values and recorded tracking charts. The pressure arm sensor with it’s fancy design goes along well with your iPhone smartphone. Within the next years we will definitely see an increase in body health sensors that are bound to your smartphone, to give you a constant overview on your health or training state.

Seabear-Diving, a startup company from Graz Austria, recently published their work on implementing a smart sensor system that is able to measure the blood pressure of divers during their underwater trips. It continuously records depth, time, heart rate, oxygen saturation (SO2) and plethysmogram. Seabear-Diving has specialized on underwater, diver supporting technologies, such as Apnea Dive Computers or Head-Mounted Displays for diving masks. Their main research interest lies within smart underwater sensor systems for measuring medical aspects and diving physiology. A patented OLED-based touch screen allows divers to easily operate their smart dive computers as they would handle a smartphone. For details refer to their research papers here.

The Cali-based startup FutureDash presents The EnergyBuddy, which was first unveiled as a prototype at CES and now going toward the final release date. FutureDash is a complete home energy-tracking system, which uses sensors in your electricity grid in order to monitor your houshold energy consumption. Starting at $99, it keeps tabs on users’ energy consumption with a square-shaped gadget that connects to your network via WiFi or Ethernet. The square glows red, yellow or green depending on how much electricity you’re using, and the user is able to specify the typical footprint profiles.

Sensordrone is an external sensing device, which adds some interesting features to your standard sensor phallanx of your smartphone. Sensordrone is a Kickstarter project which pledges for your support in order to publish this useful device. Sensordome is designed to run many different applications, such as monitor the carbon monoxide and air quality, find gas leaks, measure your child’s temperature, log the weather, and much more. For me it could be interesting to use sensordome as a home weather station in combination with an Android based central house touch panel. 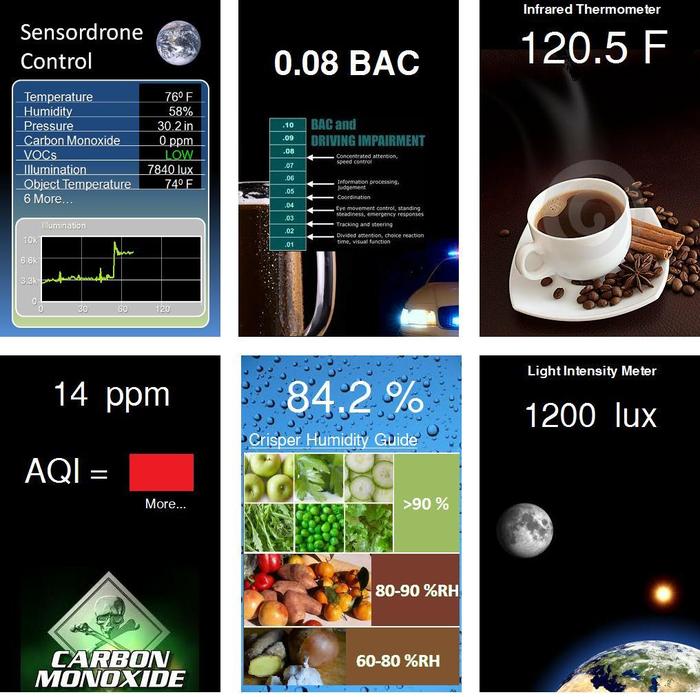 Another interesting physical computing platform; the PIC-based Create USB Interface. The original design was made by Dan Overholt as a bridge between computer and world for musical and artistic applications. Seeed Studio has an updated design called the CUI32Stem, which has been tweaked to work well with the thirty-something sensors and actuators in their GROVE collection.

The CUI32Stem can run Arduino code using the Chipkit “Multiplatform IDE” developed by Microchip. It also supports a free Real-Time Operating System called StickOS which allows you to program it in BASIC.

Leap Motion just published its new gesture control technology earlier this week, along with videos showing the system tracking ten fingers. The producer claims that the Leap is 200 times more accurate than existing technology. The idea for this technology was invented during a Phd work in mathematics from UNC and while studying in fluid mechanics. After four years of research and many iterations of hardware, the Leap was finally finished. The Leap is an optical system that tracks your fingers with infrared LEDs and cameras in a way unlike any other motion control tech. This new method of motion sensing is why the Leap can be made so cheaply and come in such a small package. It can track hundreds of thousands of points at a time (note: point tracking isn’t how it functions), and because its precision scales up or down according to the hardware it’s connected to, it only uses one to two percent of a CPU’s capabilities to work.

This isn’t a game system that roughly maps your hand movements.  The Leap technology is 200 times more accurate than anything else on the market — at any price point. Just about the size of a flash drive, the Leap can distinguish your individual fingers and track your movements down to a 1/100th of a millimeter.

Munehiko Sato, Ivan Poupyrev and Chris Harrison from Disney Research, Pittsburgh published a fantastic work called Touché, which enables nearly every surface into a multitouch interaction surface. Touché is a new sensing technology that proposes a novel Swept Frequency Capacitive Sensing technique that can not only detect a touch event, but simultaneously recognize complex configurations of the human hands and body during touch interaction. This allows to significantly enhances touch interaction in a broad range of applications, from enhancing conventional touchscreens to designing interaction scenarios for unique use contexts and materials.