Today, the Windows Mobile mountain bike cockpit app MoMo was published under the  Attribution-ShareAlike 3.0 Unported (CC BY-SA 3.0) license, that allows you to share and remix the original MoMo Biking Cockpit under the condition of attributation to the author. The Biking Cockpit was written in C# and offers a useful feature set for tracking your biking routes and to export these routes in various open formats, such as standard CSV and KML. The biking cockpit also gives you a good overview on actual stats of your ride, such as speed, travelled distance and altitude diagram: 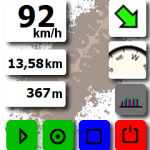 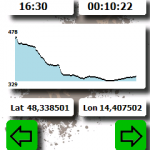 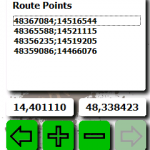 At the inaugural Shared Learning Collaboration (SLC) Camp in Chicago that was launched past weekend with over 100 attendees participating in content tagging and coding applications, $75,000 bounties for 2 open-source applications were announced. The Shared Learning Collaboration Camp was started by Stephen Coller, who heads up SLC Vendor and Developer engagement and blogs regularly on this spot, delivered the vision of the SLC and the opportunities it further creates for personalized learning. The keynote was followed by a lively panel discussion with four teachers that shared the challenges they faced in today’s classroom using data and technology. You can find all the Camps slide presentations on slideshare.

Announced on Saturday morning by partner lead Victor Alcantara, SLC launched a bounty program for two open-source applications at $75,000 each.  These two apps were identified through teacher and school administrator focus groups across multiple school districts.  The first application, Student Data Aggregation Calculator, gives teachers and school administrators a tool to create views of aggregate sets of student data based on a flag that they can define and put in the data set (example flags might be “Honor Roll” or “After School Program Graduates”).  The second application, Student Groups Tool, would help teachers to create groups of students and then view the data for that group.  Proposals are due October 2, 2012 and the selected applications will be announced at the SLC Camp in New York the weekend of October 20th and 21st, 2012.  The applications themselves should be completed no later than January 15, 2013.  More details about the SLC bounty program can be found here.

It seems as if the WakeMate product is going Open Source, as this statement suggests:

Currently our plan is to keep the service going while we work on open sourcing the technology. Hopefully this will ensure that you can continue to enjoy the product and its benefits even after the company no longer exists.