Did you ever wondered what the Big Data Hype means to us in reality? Information and communication technology, advanced network bandwidth and intelligent data analysis and prognosis enable fantastic insights into our modern society. No matter if you are collecting data within urban areas, such as the different ways Pizza delivery is taking in Manhattan on a Friday afternoon or analyzing the crop in large agricultural facilities. Within the book The Human Face of Big Data, the authors Rick Smolan and Jennifer Erwitt present the human and society dimension of this new hype on analysing and prognosis of all kind of information.

The Human Face of Big Data captures, in glorious photographs and moving essays, an extraordinary revolution sweeping, almost invisibly, through business, academia, government, healthcare, and everyday life. It’s already enabling us to provide a healthier life for our children. To provide our seniors with independence while keeping them safe. To help us conserve precious resources like water and energy. To alert us to tiny changes in our health, weeks or years before we develop a life-threatening illness. To peer into our own individual genetic makeup. To create new forms of life.  And soon, as many predict, to re-engineer our own species. And we’ve barely scratched the surface . . . 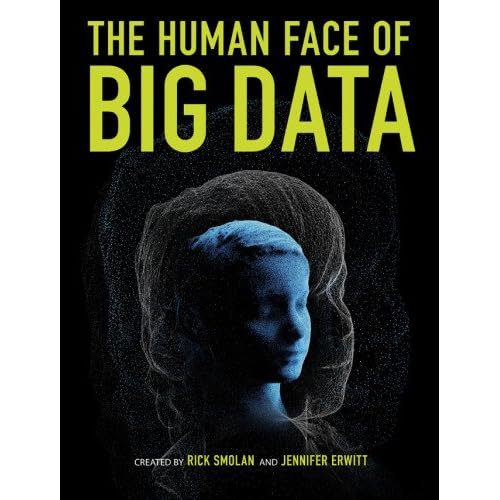 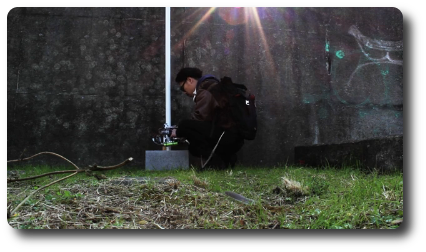 Watch this amazingly cool pole climbing robot, that is able to create urban graffity art  taggings on public poles. The climbing robot is drawing while climbing up and down the pole. AKIRA, the author of the video who studied computer science, art and cultural studies at International Christian University Tokyo, calls his projects ‘experiments in urban intervention’, which means to tactically hack into your urban environments to create urban art. At the moment AKIRA is working as a freelance coder, engineer and artist in Tokyo. You can find more of his fantastic work on his site Ampontang.com. At this years Ars Electronica technology art festival (Klangwolke), the audience enjoyed the performance of a Quadcopter Swarm, consisting of 50! Quadcopters (AscTec Hummingbirds) synchronized together to fly and form shapes like one single organism, which in fact is a world record. The quadcopters were equipped with led lights in different colors to perform ambient light effects during the motion. The so called ‘Cloud in the Web’ performance was programmed by the Ars Electronica Futurelab and Ascending Technologies GmbH. The firmware of the standard AscTec Hummingbird Quadcopters was modified slightly to enable this synchronized art performance.

Connecting Light is a sensor networked, digital art installation along Hadrian’s Wall World Heritage Site. The Connecting Light installation consists of hundreds of large-scale, light-filled balloons transmitting colors from one-to-another, creating a communication network spanning over seventy miles. Visitors are invited to send messages to this sensor networked light balloon chain along the wall. The installation is open to the public from Friday, August 31st to Saturday, September 1st. This year’s Ars Electronica Festival ‘THE BIG PICTURE – New Concepts for a New World’ presents digital and electronic art projects related to new concepts for understanding the big picture of our world and society. The festival takes place in Linz, Austria from 30.August to 3.September 2012. While waiting for these most interesting art installations, watch the recent Ars Electronica 2012 festival trailer:

Five recent graduates, Arthur Bayard, Félicien Daros, Guillaume Dadaglio, Vincent Glaize and Thomas Nivet, of a French visual-art school present in Terraform a science fiction short story of a transformation of Mars into an Earth like paradise. Thomas Nivet, one of the creators, explains that Terraform tells the story of the planet Mars, being terraformed. In order to achieve such an incredible artwork, they successfully mixed live-action footage and CGI.

And in this video the team present the Making Of: 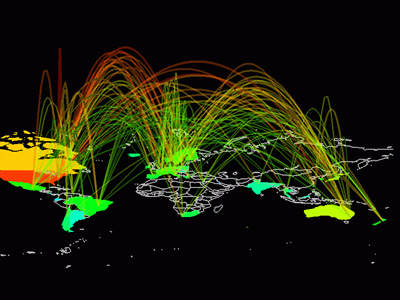 Look at this amazing chess set which was made using vintage Russian Nixie tubes. The tubes are illuminated without visible wires; they glow when at rest on the gameboard surface. Some detail shots showing the internal PCBs are available here, and announcement of plans for a kit version here. Kudos to Tony of Lasermad for producing what, IMHO, is quite clearly a masterpiece. [via Hack a Day]

Video artist Blair Neal created the Crayolascope, a fantastic 3D depth display out of a dozen hacked Crayola Glow Books. He used an Arduino Mega which controls the display and the user can adjust the speed of the pre-drawn animation or scrub through the frames. The unconventional display was exhibited at The New York Hall of Science (home of World Maker Faire New York) as part of the animation exhibit and Balir says that it’s a big hit with kids. He also has a few plans for the next version:

I’d like to play with more powerful lighting and more full edge lighting, as well as solve the issue of internal reflectivity between panels degrading the quality of the “image”. Once the animation goes in about 14-18 frames, it becomes very difficult to see from one side unless it is in a very dark space. I would love to get it much deeper than that, or at least make a finer Z-space resolution.

The Crayolascope – an Analog Depth Display from blair neal on Vimeo.