In his interesting TED talk on ‘The thrilling potential of SixthSense technology’, Pranav Mistry shows several self built hardware tools that help the physical world interact with the world of data. He also discusses his SixthSense device and a new, paradigm-shifting paper laptop in detail. He says that he’ll open-source the software behind SixthSense, to open its possibilities to all.

This reminds me a lot on Prof. Hiroshi Ishii’s ‘Tangible User Interfaces‘, (Tangible Media Group) research group at MIT, who’s work i really admire since my studies at the university. The Tangible User Interface group continuously publish great work on the challenge how to build tangible real world interfaces to interfere with digital artefacts. They combine art, media and technology to invent great interfaces! 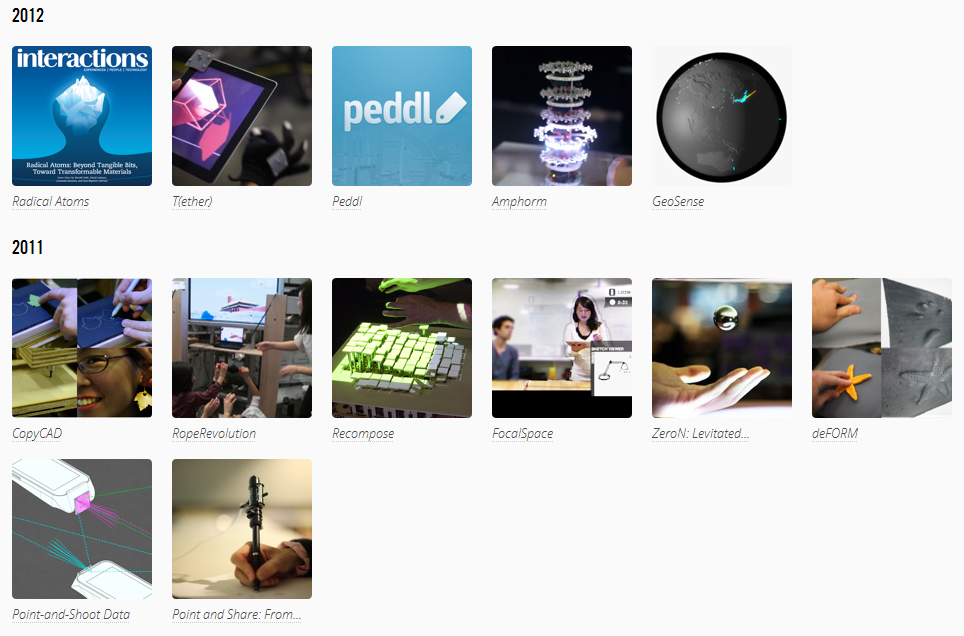