Google recently launched MyTracks in version 2.0. MyTracks supports bikers and runners to keept track of theyr running activities and routes. It was also used by the Team HTC-Columbia during the Tour de France, in order to track the realtime route of the different bikers. MyTracks offers all necessary tour statistics and provides useful integration interfaces for Google Earth and other systems. You can use Google MyTracks as a free app on your Smartphone. See following screenshots taken from MyTracks app:

Similar apps for tracking outdoor activities are: Endomondo and Runtastic. I love Endomondo to tracking my mountain bike tours, where i usually take my daughter with me in a children’s bike seat. Following screenshots show some features of Endomondo, such as tracking tours and workouts, analytics, diagrams, community sharing and many more. 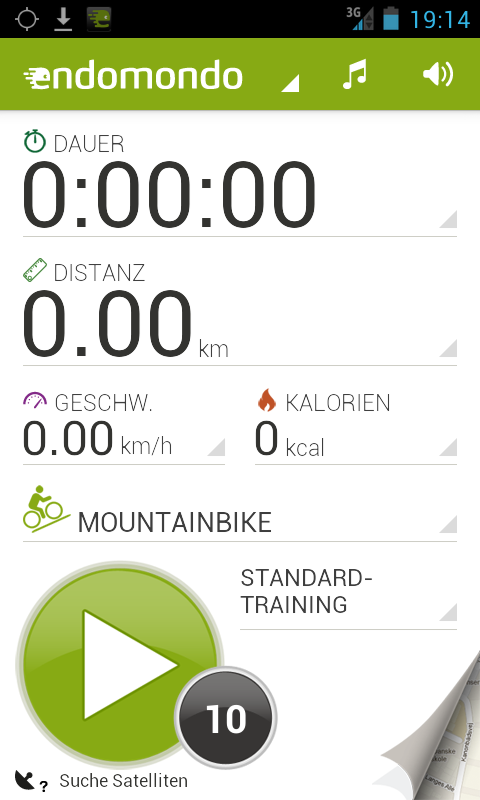 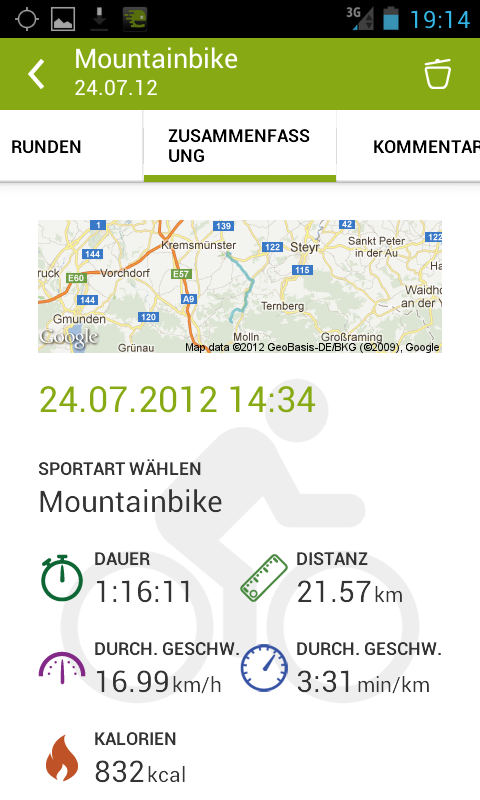 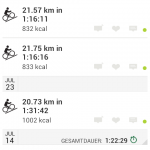