One of the most fascinating topics within recent years is the tremendous speed with which Tesla took over the e-mobility market. Within less than 5 years Tesla became one of the leading car vendors worldwide in terms of newly registered cars. Despite all critical arguments against e-mobility and electric vehicles in general, Tesla’s market cap quickly exceeded those of long term market leaders such as Volkswagen or Toyota. Today, the market cap of Tesla is approximately 7 time higher than that of its nearest competitors.

But what’s the reason why Tesla took over the personal mobility business in such a pace and is there a chance that the competition can catch up in near term future?

Besides the obvious benefits of electronic vehicles, such as incredible acceleration compared to traditional combustion engines, it’s the improved usability in terms of consumer electronics and seamless connectivity that ultimately won the game.

The limited range of electronic vehicles in combination with their elevated price point reminds of the mobile phone market takeover by the iPhone in 2007, that took out some of the back then global leaders such as Nokia.

Nobody could believe that customers would buy a product that offers only 1 day of standby operation instead of around 7 days with a price tag that high. The advent of the iPhone not only killed some prominent competition, it also wiped out some mobile phone software vendors, as the phones operating systems were manifold before iPhone and Android appeared. The market consolidated into only two major platforms, sharing the entire market, not even Microsoft could fight against that radical change.

The e-Mobility market seems quite similar at the moment, in terms of how radical it will change our future way of personal transport. People accept lower ranges and much higher costs because of the significant jump in terms of usability and features those seamlessly connected cars offer. The list of features is near endless, and many of those aspects are still not fully uncovered. What those features all have in common is the fact that they rely on connectivity, smart software and artificial intelligence or machine-learning in the widest sense.

One of the most prominent marketing driven values that was initially offered by Tesla is the possibility of autonomous drive or at least the intelligent drive assistance. In traditional combustion engines driven cars this concept would have been very hard to realise, as those vehicle platforms lack of most of the drive-by-wire functionalities as well as all the necessary software capabilities. Another key benefit of modern electric vehicles is their lifeline connection to the vendor, similar to iPhones, that enables the automatic update of the software modules within all those million cars. While critical software updates or the check of important telemetry data took days and a visit within your local car garage, modern vendors can read all the telemetry data in realtime. These communication technologies and connected infrastructures enable modern car vendors to identify issues quickly and to react quickly by pushing out software updates to millions of their cars without the need to visit your garage.

Here again we can identify a unique similarity of mobile phones and electric vehicles, as the automatic update of fine grained software functions within millions connected cars is very similar to the way your smartphone updates its operating system as well as all its third-party apps. Therefore, the e-mobility market became very similar to the professional software engineering business, where the concept of dynamic updates, canary deployments and AB-testing are pretty common. Also the concept to turn on and off features by using software flags on the fly is something we saw in modern connected vehicles recently. While software industry radically changed from on-premises software to renewal and subscriptions, we can see the same shift with e-mobility and eventually machinery and industrial production in near future.

All those up sell possibilities that come along with the subscription of autonomous driving software features within a vehicle. A driver could decide on the fly whether to to order a new feature or to cancel the subscription at any point in time, very similar to a Netflix subscription.

The same subscription model is available for all the newly upcoming features that a vendor will add after a vehicle purchase. This renders any connected vehicle to become a constant revenue stream for the vendor, constantly offering additional features such as video and music streaming and gaming capabilities.

The subscription of new capabilities transforms a vehicle vendor to become a digital content provider, just like Amazon is seamlessly delivering ebooks to their Kindle devices worldwide, or Peloton is selling you workout video streaming content directly on your treadmill. Recent studies have shown that a typical American spends at least 1 hour per day behind the wheel of his car, which makes up a large part of the active non-working time that is spent in a car per day. In fact, it comes down to a pure race for the users attention time, no matter if its during your workout time on your Peloton, while driving in your car or while using your smartphone.

There are nearly unlimited examples on how industry and business is transforming from a on-premises business model to a more sustainable subscription and content delivery business model. It also seems that with the advent of smart and connected IoT devices, this business model is the only possible way to finance and keep up the service and the connected backend software infrastructure that is necessary to run the customer side hardware.

Connected vehicle and e-Mobility also means that, similar to other IoT devices, without the supporting backend software infrastructure the hardware looses a lot of its built-in intelligence and update capabilities.

Especially this built-in intelligence is one of the driving reasons why users are fascinated by connected vehicles, as they can offer features that seemed impossible in traditional cars.

Its not only about autonomous driving, but also about offering assistance systems, intelligent head up displays offering the latest context-information and to optimise energy consumption through copying the most efficient driving style from one out of millions of cars.

Having that kind of information at hand allows the vehicle vendor and backend service operator to fine-tune its driving experience and engine efficiency by using all the realtime telemetry data collected from millions of cars. It also allows the vendor to deploy pre-trained artificial intelligence models to enable smart features such as the ‘Sentry mode’, that is used to monitor and detect suspicious activities around your car.

As a victim of a car break-in in Palo Alto last year, I came to realise how useful that kind of smart car feature could be, along with a shatter prove car window of course 🙂

The push of vehicle vendors towards using advanced unsupervised machine-learning models directly within their cars to either steer the vehicles autonomously or to record and detect fraud and suspicious activities within or around a vehicle demands for advances compute power on the edge. This means that those models are deployed and evaluated directly within your vehicle for lowest possible response latencies.

Tesla for example does apply multiple purpose built processing boards that offer a higher performance than any chip other vendors offer at the moment. Furthermore, those board running their artificial intelligence models are perfectly tailored to offer the maximum performance for the given task of visually evaluating the context of their cars on the road along with traffic lights and sights along the route.

Given the sheer amount of vehicles that are deployed along with the necessary signal latency edge computing is the only viable way of running those machine learning models within a car.

Within the coming years we will see a revolutionary change in terms of how e-mobility will change a lot of personal transport and fuel logistics industries. We will experience a fast adoption of artificial intelligence assisted vehicle functionalities, beyond autonomous driving and we will also see the quick advent of charging stations all around while the network of gas stations are condemned to a slow decline. 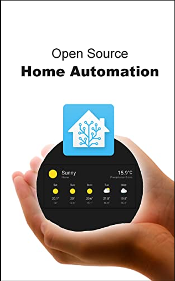 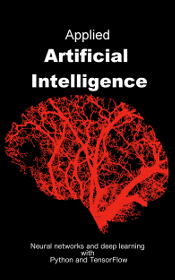 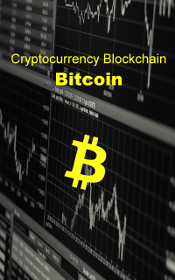 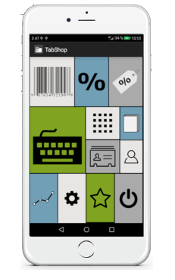