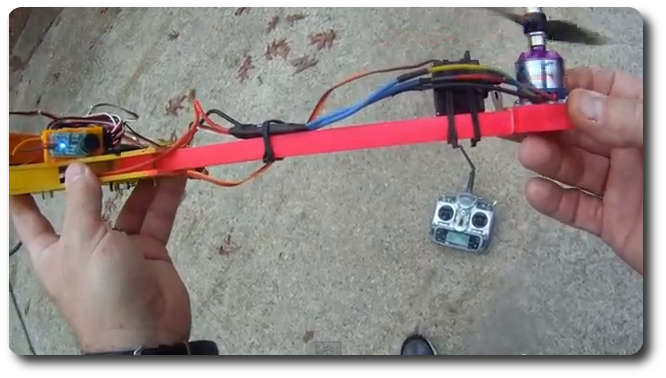 Despite the fact, that there are already some Quadcopter and Tricopter designs out there (see Mapmaking Quadcopter, Quadcopter), the creator of this Tricopter accomplished to build a fully functional and quite agile model without spending more than 100$. Even the cheapest Quadcopters cost at least several hundred dollars. His Tricopter design builds upon cheap body parts from a local hardware store, such as a wooden Tricopter body. [via Hackedgadgets]