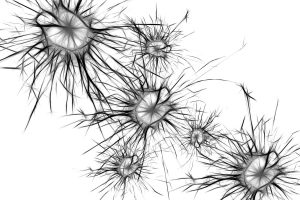 SLAC and Stanford university recently announced a breakthrough of using neural networks, one of the base algorithms of Artificial Intelligence, to spped up their data analysis effort. The spacetime data SLAC and Standford analysis is crucial for the understanding of the universe. By using neural networks to analyze those complex distortions in spacetime known as gravitational lenses the Stanford researchers were able to analyze the data 10 million times faster than traditional methods.
The researchers fed a neural network with half a million of images of gravitational lenses, which typically takes a day. Once the training process is finished, the trained AI neural network is capable of detecting similar lenses within a fraction of a second. The precision of the newly introduced Artificial Intelligence based methodology is comparable to the traditional approach that took weeks to finish.

This is another application domain where Artificial Intelligence helps to speed up traditional analysis methods from taking month to less than a second. We can expect that the analysis of spacetime anomalies will gain a lot of traction, now that the analysis process does not take years. Refer to the original press release here.
If you are interested into how artificial neural networks are implemented, read my Kindle eBook on ‘Applied Artificial Intelligence’.